Living in Poland is amazing. For one thing, it’s a beautiful county with a range of terrain – everything from excellent ski slopes to white-sand beaches. For another, it’s full of culture and history. One of my favorite cities is the former capital, Kraków. I’ve been there twice now, and I still haven’t seen everything. However, it’s definitely possible to cheaply hit the main points in a weekend – if you have your priorities straight, that is. Allow me to help with five of my favorites.

Polish cuisine isn’t just potatoes and cabbage, though it is that. It’s also delicious treats, like pącki. They’re Poland’s famous doughnut. In Kraków, the most popular filling is rose jam, which tastes like perfume and is absolutely delicious. The Stara Pączkarnia chain makes the best ones I’ve had so far. They’re the Krispy Kreme of Poland, if you will.

Another favorite is żurek, a soup made from sour rye with bits of sausage and hard-boiled egg. You can go to one of the various milk markets in the city and get some great, no-frills Polish food for about five bucks. It’s a good way to take a break.

2. Hit the highlights of Wawel Castle.

As soon as you get to the city, you’ll begin seeing signs to the castle. It’s located at the top of a hill that’s been inhabited since prehistoric times. It’s very distinct from other castles, mainly because of its “patchwork” appearance, in which it blends medieval, Renaissance, and baroque, and several others besides. 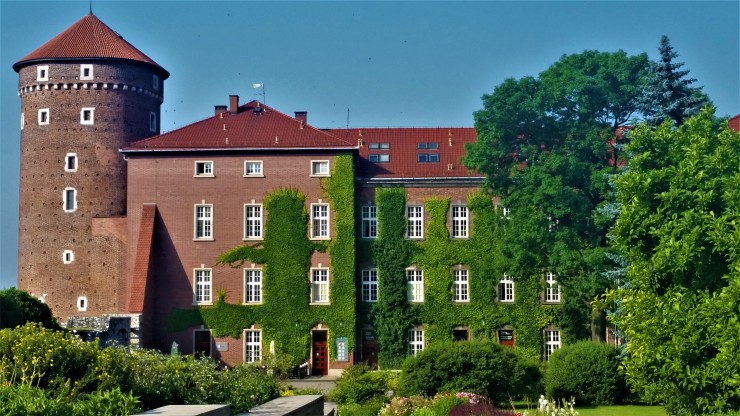 The castle is now home to an extensive collection of art from France, Italy, and Poland, the most famous of which (when I was there, anyway) is an original Botticelli of the Madonna and Child.

When purchasing a ticket (you have to buy at the office, not online) you’ll have the option of choosing which areas you want to explore. When taking a quick weekend trip, I recommend the state rooms, tower, and Dragon’s Den, a cave underneath the castle where a mythical dragon is said to reside. There are only a certain number of tickets allotted each day, so make sure to either download and email the reservation form at the link above or stop by the ticket office early in person.

3. Head to the Cloth Hall for some souvenirs.

The Cloth Hall is one of my favorite markets in the city. It’s located right in the center of the gorgeous rynek, or square, in Old Town. It’s a long building full of vendors selling handicrafts, mostly made of wood, such as hand-painted chess sets and these intricate little boxes.

Outside the Cloth Hall, depending on weather, you might find some local artists sketching the scene around them, surrounded by paintings for sale. Good stuff.

Kraków has a famous Jewish quarter, Kazimierz, which was where Oskar Schinder’s factory was located, and where the later film Schindler’s List was shot. Nowadays, it’s more of a trendy hipster area, though you can still tour some of the old synagogues and eat great Israeli food at places like Hamsa.

Even if you’re not into churches, the city has some pretty amazing ones. Check out the colorful walls of St. Francis of Assisi, a beautiful old 13th century basilica which has been painted in glorious colors.

Or admire the beautiful facade of Saints Peter and Paul Church, with its statues of Jesuit saints.

No one’s sure why it exists or how old it is, but Kraków’s famous Krakus Mound is definitely ancient – at the very latest, 8th century. It’s also the highest point in the city, at about 52 feet (16 metres, for those of you who use the metric system, like normal people).

It’s said to be the resting place of the founder of the city, King Krakus. Presumably no one has ever dug down to see.

You will have to take a tram to get out there – it’s about 3 kilometres from the city center – but it’s well worth it to see all of Kraków spread out at your feet.

Those are my favorite ways to take a weekend break in Kraków. I hope you’ll try them out and enjoy them as much as I did. For a hostel recommendation, try Atlantis. I’ve stayed there a couple times now and haven’t been disappointed. Bon voyage! 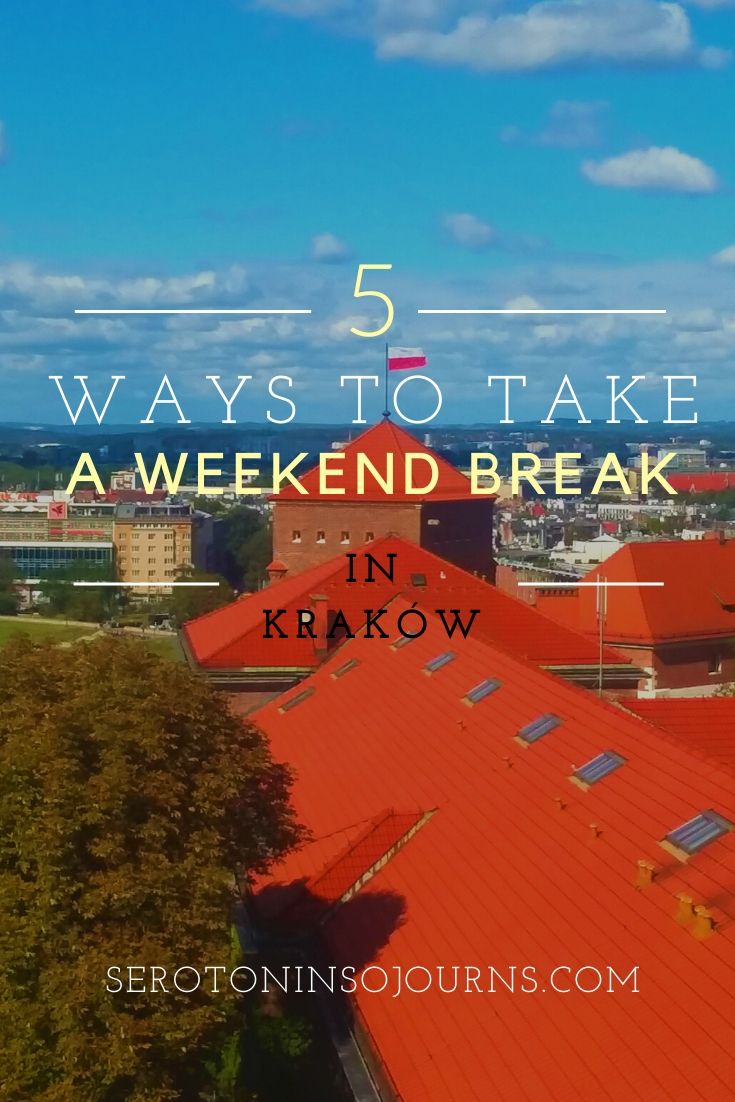 1 thought on “How to Take a Weekend Break in Kraków”

This site uses Akismet to reduce spam. Learn how your comment data is processed.